On refusal to judge our neighbour

On refusal to judge our neighbour 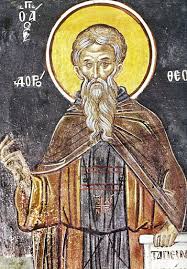 ​Why are we so ready to judge our neighbour? Why we so concerned about the burden of others? We have plenty to be concerned about; each one has his own debt and his own sins. It is for God alone to judge, to justify or to condemn. He knows the state of each one of us and our capacities, our deviation, and our gifts, our constitution and our preparedness, and it is for Him to judge each of these things according to the knowledge that He alone has. For God judges the affairs of a bishop in one way and those of a prince in another. His judgment is for an abbot or for a disciple; He judges differently the senior and the neophyte, the sick man and healthy man. Who could understand all these judgments except the One Who has done everything, formed everything, knows everything?...

Wherefore a man can know nothing about the judgments of God. He alone is the One Who takes account of all and is able to judge the hearts of each one of us, as He alone is our Master. Truly it happens that a man may do a certain thing (which seems to be wrong) out of simplicity, and there may be something about it which makes more amends to God than your whole life; how are you going to sit in judgment and constrict your own soul? And should it happen that he has fallen away, how do you know how much and how well he fought, how much blood he sweated before he did it? Perhaps so little fault can be found in him that God can look on his action as if it were just, for God looks on his labour and all the struggle he had before he did it, and has pity on him. And you know this, and what God has spared him for, are you going to condemn him for, and ruin your own soul? And how do you know what tears he has shed about it before God? You may well know about the sin, but you do not know about the repentance.

But there are times when we not only condemn but also despise a man; for it is one thing to condemn and quite another to despise, as I have said. Contempt adds to condemnation the desire to set someone at nought – as if the neighbour were a bad smell which has to be got rid of as something disgusting, and this is worse than rash judgment and exceedingly destructive.

Those who want to be saved scrutinize not the shortcomings of their neighbour but always their own and they set about eliminating them. Such was the man who saw his brother doing wrong and groaned, ‘Woe is me; him today – me tomorrow!’ You see his caution? You see the preparedness of his mind? How he swiftly foresaw how to avoid judging his brother? When he said ‘me tomorrow’ he aroused his fear of sinning, and by this he increased his caution about avoiding those sins which he was likely to commit, and so he escaped judging his neighbour; and he did not stop at this, but put himself below his brother, saying, ‘He has repented for his sin but I do not always repent. I am never first to ask for forgiveness and I am never completely converted.’ Do you see the divine light in his soul? Not only was he able to escape making judgment but he humiliated himself as well. And we miserable fellows judge rashly, we hate indiscriminately and set people at nought whether we see something, or hear something. Or even only suspect something! And what is worse, we do not let it stop at harming ourselves, but we go and look for another brother and say, ‘Here is what happened!’ We harm him and put sin into his heart also and we do not fear the saying, ‘Woe to the man who gives his neighbour something dark and dangerous to drink!’ But we do the devil’s work and are not one bit concerned about it. What else has the devil to do but knock us down and harm us? We are found to work with him for our own destruction and that of our neighbour, for a man who harms his own soul is working with, and helping, the devil. The man who seeks to profit his soul is co-operating with the angels….

How can we put up with these things unless it is because we have no true love? If we have true love with sympathy and patient labour, we shall not go about scrutinizing our neighbour’s shortcomings. As it is said, ‘Love covers up a multitude of sins’,(1 P 4:8) and again, ‘Love thinks no evil…hides everything,’ etc.  (1 Cor 13:5-6) As I said, if we have true love, that very love should screen anything of this kind, as did the saints when they saw the shortcomings of men. Were they blind? Not at all! But they simply would not let their eyes dwell on sins. Who hated sin more than the saints? But they did not hate the sinners all the same time, nor condemn them, nor turn away from them, but they suffered with them, admonished them, comforted them, gave them remedies as sickly members, and did all they could to heal them….

Let us, therefore, strive to gain this love for ourselves; let us acquire this tenderness towards our neighbour so that we may guard ourselves from wickedly speaking evil of our neighbour, and from judging and despising him. Let us help one another, as we are members one of another…

This is the very nature of love. The more we are turned away from and do not love God, the greater the distance that separates us from our neighbour. If we were to love God more, we should be closer to God, and through love of Him we should be more united in love to our neighbour; and the more we are united to our neighbour the more we are united to God. May God make us worthy to listen to what is fitting for us and do it. For in the measure that we pay attention and take care to carry out what we hear, God will always enlighten us and make us understand His will.