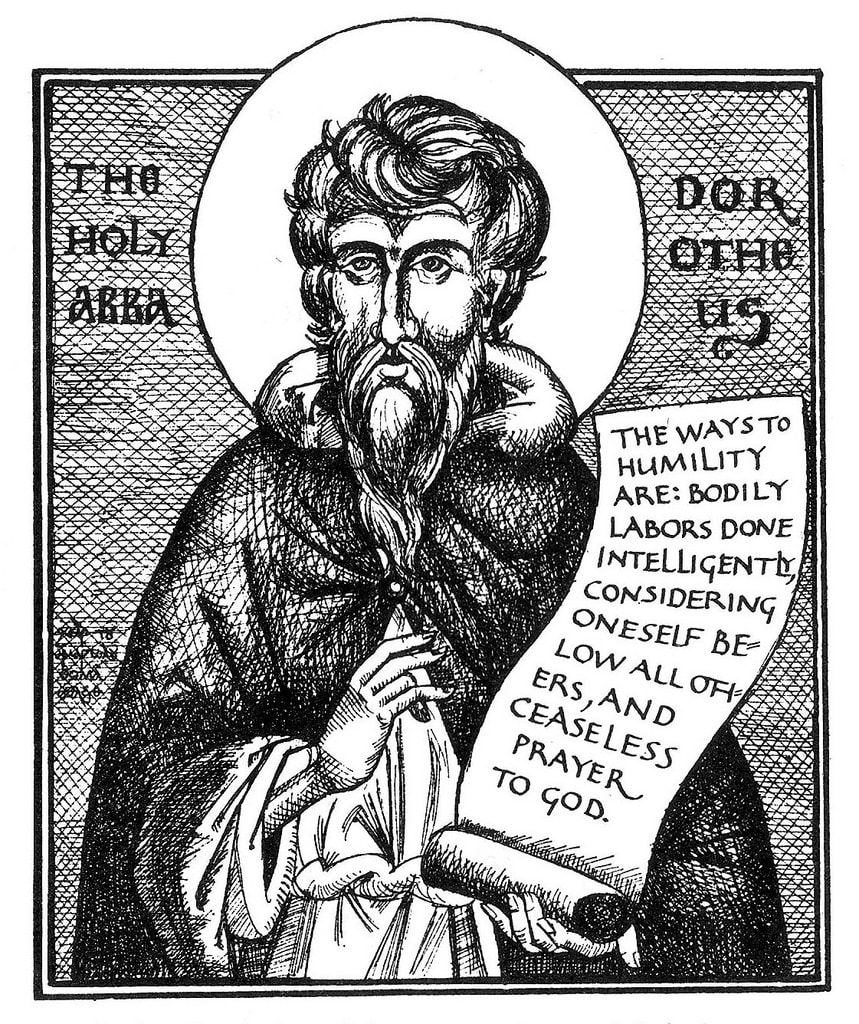 ​On self-accusation
​
Let us examine, brothers, how it is that at one time, a man hears a disparaging remark and passes it by without being disturbed, as if he had hardly heard it, and at another time he hears it and is immediately disturbed. What is the reason for such a difference? Is there only one reason for this difference or are there many? I see many proximate causes for this state of affairs, but there is one thing, one might say, which is the basic generating cause of them all. First, it happens when a man is at prayer or spiritually at rest and being, as one might say, in a good disposition he bears with his brother and is not disturbed. Again, it may happen that he has a special affection for the someone who attacks him and for this reason, he will suffer without difficulty anything that person does to him. Then there is the person who disdains the one who wants to cause him pain and despises what he does, and does not treat him as a man or attribute any meaning to what is said or done by him…

There are many causes of this, which can be explained in different ways. The root cause of all these disturbances, if we are to investigate it accurately, is that we do not accuse ourselves; hence we have all these commotions and we never find rest. It is not to be wondered at that we hear from the Holy Fathers that there is no other way but this and we see that no one at any time went by another way and found rest. We recon to achieve peace of soul and to take a straight road to it, yet we never come to the point of accusing ourselves. This is true, isn’t it? If a man were to discipline himself in a thousand ways and not take this road, he would never stop troubling others or being troubled by them, and he would waste all his labours. How much joy, how much peace of soul would a man not have wherever he went, as Abba Poemen says, if he was one who habitually accused himself? For if, anything happened to him, some punishment, a dishonour, or any kind of trouble, he would accept it as if he deserved it and would never be put to confusion. That man would have complete freedom from care.
But someone will say, ‘suppose a brother troubles me and I examine myself and find that I have not given him any cause, how can I accuse myself?’ If a man really examines himself, in the fear of God, he will usually find that he has given cause for offence. Either by deed or word or by him bearing. But if, in scrutinizing himself, as I said, he sees that he has given no cause in any of these ways at the moment, it is likely that at another time he has offended him either in the same circumstances or in others, or perhaps he has offended another brother and he would want to suffer on that account or for some other wrong doing. If, as I was saying, he examines himself in the fear of God and gropes about diligently in his own conscience, he will always find cause for accusing himself. Again, there is the case of a man minding his own business, sitting at peace and quiet; and when a brother comes up and says an annoying word to him; he is put out by it. And from the circumstances, he thinks that he is justifiably angered and he speaks against the one who troubled him, saying, ‘If he had not come and spoken to me and annoyed me I should not have been at fault.’ This is a delusion; this is false reasoning! For it was not the one who spoke that put him in a bad mood. He only showed that it already existed in him; so that he could, if he chose, make reparation for his fault...
This is how we act. We leave God who grants us occasions of this kind to purify us from our sins and we run after our neighbour crying, ‘Why did you say this to me? Why did you do this to me?’ And whereas we would be able to reap great profit from things of this kind, we bring just the opposite on ourselves, being unaware that everything happens by the foreknowledge of God for the benefit of each of us. May God make us really understand this through the prayers of his saints.